Trailroad markers is an iterative installation that began as a series of stakes delineating where mowers would clear brush and debris in the native grass to “carve” where the planned extension of the trail along the artery would be paved.  This attempt was aimed to give the public a chance to experience the various vistas and provide feedback.  After a few failed attempts to coordinate the mowers, volunteers pounded 10’ electrical conduit along the future path; beyond this, rubber inner tubes were stretched over 36 poles, 36 bicycle frames were spray painted matte black by neighborhood youth, which when inverted and set atop the pole, became abstracted into a luminaire which received a solar powered LED to provide a series of footcandles plotting the path into the evening hours.  Psynology placards were mounted to each one of the poles along the path, and the bike frames, combined with thread rod, later became infrastructure for a series of banners installed during Riverworks week. 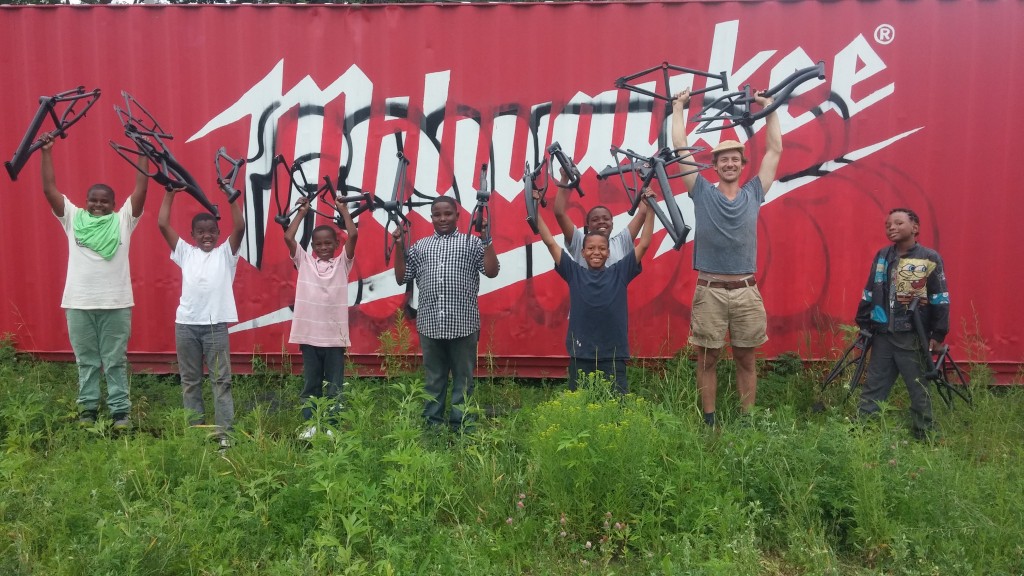