RSELVES is a diverse and pro-active group of designers all based in Cleveland, Ohio. Our shared interest in a more equitable and sustainable future builds co-operative partnerships experimenting with materials and methods. With resources and relationships, we are transforming excess into access, to encourage education, engagement, & empowerment, all by RSELVES! Read More... 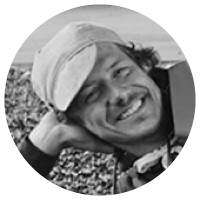 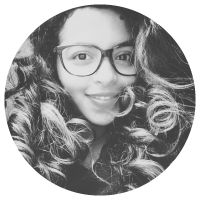 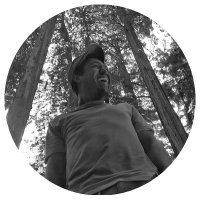 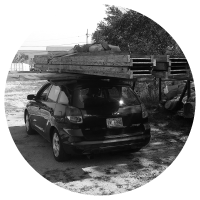 Keith Hayes founded RSELVES in October 2010 under the moniker beintween with the support of Arijit Sen as a social + spatial network of opportunistic sites and creative minds who favor collaboration and improvisation in a diverse urban setting. It was inspired by the social and physical infrastructure of intersections, more specifically with the east end of the Marsupial Bridge in Milwaukee, and as a reaction to the (anti)social networks online. By the end of the year, it had 15 members

In 2011, after the City of Milwaukee passed an ordinance allow the keeping of chickens, beintween, in partnership with Cream City Hens, launched its first project, known as the coopetition. This local design/build competition asked interested residents to design and build the best hen house in town to locavores, promotes material reuse, and challenges teams with a pragmatic + collaborative opportunity. 7 teams entered; 3 prizes totaling $1000 were awarded by a panel of 9 jurors, and 8 chicks found brand new homes. By the end of the year, RSELVES had 57 members.

2012 was a defining year for RSELVES as we worked with Diébédo Francis Kéré and founded the artery, a process that would transform an abandoned rail corridor into a trail to extend the Beerline Recreational Trail and connect the neighborhoods of Harambee and Riverwest. In its research of the artery, RSELVES developed a geo-textile known as matireal, which successfully met its target fundraising goal of $10,000 to build a permeable path and connect residents across Capitol Drive, and was recognized in the Fast Company. It also experimented with a number of awareness building processes including signage at the mouth of the artery as well as above Capitol Drive. In September of 2012, a number of new and old beintween members organized and installed a series of tire swings from the underside of the Holton Bridge, which were endorsed by the local business improvement district. This year it nearly tripled in size to 164 members.

2013 began with the City of Milwaukee adopting RSELVES’s installation of swings under the Holton Bridge, and continued with beintween purchasing its first shipping container, otherwise known as the biggest Milwaukee Power Toolbox. It partnered with several neighbors and volunteers to create a 350' matireal path at 6' wide, which lead to the donation of the overpass and the Department of Public Works erected a fence and a linear set of railties that double as benches. RSELVES, with the support of a number of local organizations' in-kind support, kicked off its monthly BBQ at either end of the artery. By the end of the year, RSELVES was awarded a portion of a $350,000 ArtPlace America grant for its Creational Trails concept @ the artery in partnership with the Greater Milwaukee Committee and Newaukee. RSELVES’'s membership increased to 228 members in 2013.

In 2014, RSELVES,, with support from Sara Daleiden of MKE-LAX, lead a process at the artery to engage local artists to help shape the artery through an open call to performing artists to help define public space. RSELVES in collaboration with Tyrone P. Dumas, also designed and built ICAN 2 LABS, a digital wifi-accessible learning environment on the trail. Dasha Kelly led Season One, which featured more than 25 performances over three different showcases. We also acquired 3 more containers, and built three 40 foot wides stages, as well as an amphitheater on the artery. RSELVES led a neighborhood asset mapping project called ancestrees, and installed a number of markers on site. We built twenty-two benches, and a 100 foot long community table to support its ongoing monthly BBQ series. RSELVES also directed a $25,000 project known as Urban Alchemy with visiting Lily Yeh. By the end of the year, RSELVES was at 244 members; its network of relationships at both the scale of the neighborhood and among local organizations increased through its production at the artery.

In 2015, Keith Hayes will become a consultant to a working group funded by the Kresge Foundation who awarded a portion of a $724,500 grant for the 2015-2016 season for the artery in partnership with Riverworks, the City of Milwaukee, and the Greater Milwaukee Committee. The City of Milwaukee intends to purchase the site and pave the trail along the artery to extend the Beerline beyond Keefe Avenue and over Capitol Drive. RSELVES is partnering with a few local non-profits to retrofit a 20' greenhouse on the artery, and private partners in pursuit of its next entrepreneurial project in Riverworks, known as the do-op. In addition to this work in Milwaukee, Keith Hayes will be consulting with a couple of design collaborators on a placemaking grant in his hometown of Cleveland, OH with Michael Fleming of St. Clair Superior Development Corporation.

RSELVES is seeking 501c3 status to continue it's mission towards building communities.

Relationships are the primary ingredient at RSELVES. Beyond our core members, our network consists of over 240 individuals based in the Midwest. The diversity of knowledge, culture, and talent that is produced in our work around with a leftover space or accessible materials is critical to a stimulating dialogue relevant to a particular geography. These relationships support RSELVES and its network in bringing these ideas and prototypes to life.

The space in between is the core driver of RSELVES's mission, and is thus embedded into its neologism. Whether a physical space in landscape, or an intangible one in one's own train of thought, RSELVES seeks to better understand the threshold condition through relating to with others in this void. Therein lies the grit, girth, and undiscovered culture that can effectively communicate a unique perspective.

Materials are what our hands work with. RSELVES identifies resources, often non-virgin, and locally sourced, and methodologies to process these based on the skill or toolsets that are available within our expanding network, often experimenting with composition and function. Processing materials together allows RSELVES to perform much larger installations, shares education, produces collaboration.

"...The programs you [beintween] do are the softwares that will build community and momentum to turn the artery into a major art and public space in Milwaukee."